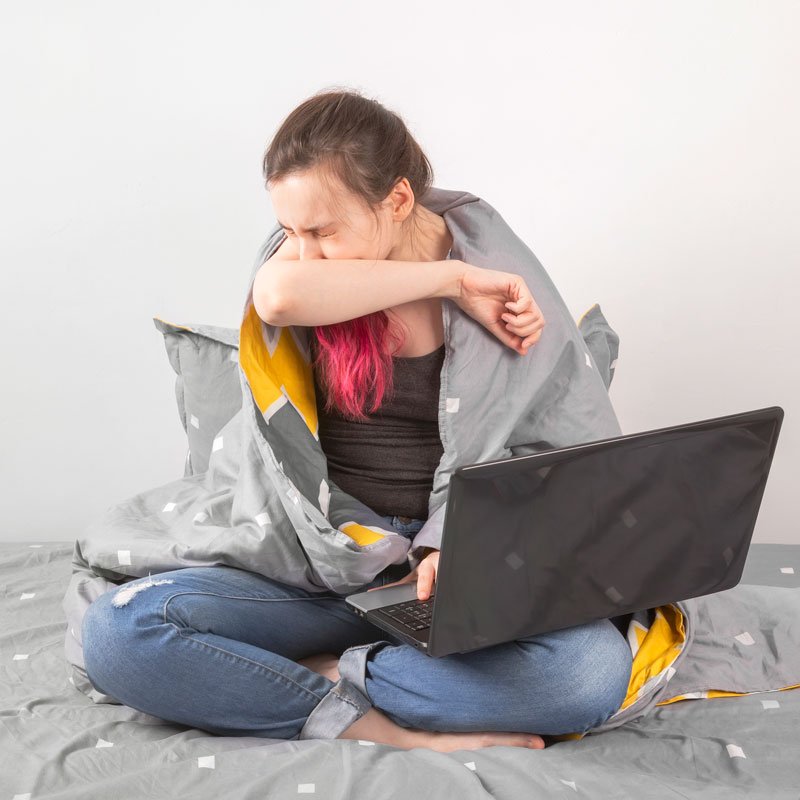 The 2 metre social distancing rule dominates the prevailing legal and advisory guidance issued by governments world-wide. This rule is based on the well established research that assumes respiratory viruses are transmitted via contaminated droplets during exhalation, either as a normal process or more forcefully as coughs and sneezes. It is thought that respiratory diseases are transmitted by two routes: larger droplets (50+ microns) and much smaller aerosols (less than 5 to 10 microns). The prevailing assumptions are that the larger the droplets the shorter the distance it travels and the quicker the droplets fall on to surfaces. Therefore, the tiny aerosolised droplets that are ejected at high speed from coughing or sneezing will travel much further and stay aloft in the air for longer, and thus will more likely be inhaled in rather than settle on surfaces.

This two-route model is a rather over-simplification but potentially useful way to determine the likely surface contamination.

In real life, whenever we speak, we emit a ‘cloud’ containing a mix of all droplet sizes at a wide range of speeds, and this depends largely on how loud we are speaking. When we introduce involuntary reflexes like coughing and sneezing, the mix of droplet sizes is the same, but the ejected speeds are far higher, and in particular to coughing, the droplets come from deeper in the lungs. This means that it is highly likely that the tiny droplets travel much further than the 2 meter rule – some are known to travel 8 meters. The larger droplets still fall on to surfaces, but even they carry a higher speed and thus travel further.

What all this shows is that an arbitrary 2 meter distancing may not be suitable for all situations. In fact, dispersion of tiny aerosolised droplets is far more complicated, add into this mix the following factors:

However, we could make the following generalisations:

This website uses cookies to improve your experience while you navigate through the website. Out of these, the cookies that are categorized as necessary are stored on your browser as they are essential for the working of basic functionalities of the website. We also use third-party cookies that help us analyze and understand how you use this website. These cookies will be stored in your browser only with your consent. You also have the option to opt-out of these cookies. But opting out of some of these cookies may affect your browsing experience.
Necessary Always Enabled
Necessary cookies are absolutely essential for the website to function properly. This category only includes cookies that ensures basic functionalities and security features of the website. These cookies do not store any personal information.
Non-necessary
Any cookies that may not be particularly necessary for the website to function and is used specifically to collect user personal data via analytics, ads, other embedded contents are termed as non-necessary cookies. It is mandatory to procure user consent prior to running these cookies on your website.
SAVE & ACCEPT